skip to main | skip to sidebar

Young Ayesha and Mothers of the Believers 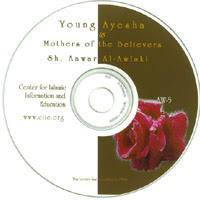 Lessons from the Companions Living as a Minority

The Hereafter. In this series, the Imam vividly portrays the different phases the human soul passes through during its lifetime up to its death. In breathtaking style the listener hears of the events that occur just before death and the events that come after it. The Imam gives a clear description about life in the grave, the horrors of the last day, the major and minor signs leading to the last hour and the day of resurrection. The Imam crowns this eloquently narrated lecture with the process of accountability and recompense. On the Day of Judgment those who pass the test will be rewarded with Paradise and those who fail will be rewarded with Hellfire.

Allah is Preparing Us for Victory 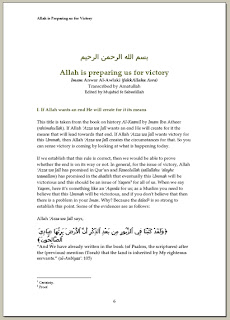 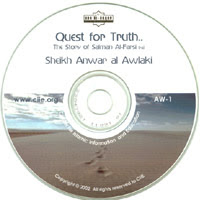 This is the story of the famed companion of the Prophet (pbuh), Salman the Persian and his incredible journey to Islam. Having begun life as the boy of a Zoroastrian priest, Salman soon found a simple errand for his father had become the beginning of an epic struggle to discover the truth about life and purpose. Salman was a pagan fire worshiper, who became the apprentice of two Christian priests, one after the other, who then became the slave of a Jew, finally finding liberation in the light of Islam. All of which happened in the span of many years. His story is a tale of patience, persistence and forbearance for the truth.
5 comments:

The Story of the Bull 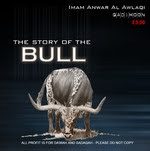 Dividing and Conquering the Muslim lands; the speaker discusses this political phenomenon with a simple parable from the Sunnah, of a lion that cunningly divides and devours three bulls. The bulls remained too much of a meal for the lion while they held together, defending each others backs. The lion thus adopted the art of deceiving, thus causing the bulls to fall into suspicion and apathy, dividing their strength, rendering them useless against the bitter bite of the enemy.
13 comments:

Al-Basheer Publications is proud to introduce series ofl Abu Bakr Al Siddeeq (R.A.), His Life and Times, by Imam Anwar Al-Awlaki. This series of lectures covers the different aspects of the life of Abu Bakr (R.A.), including his life before Islam, during the life of the Prophet Muhammad (P.B.U.H.), and finally during his Khalifah.

Imam Awlaki brings to life stories from the golden era of Islam in a dynamic style and instills in the listeners a deep love for the Beloved of Allah (P.B.U.H.)

Imam Anwar Al-Awlaki was born in New Mexico, USA. His parents are from Yemen where he lived for eleven years and received the early part of his Islamic education. Imam Anwar Al-Awlaki has served as an Imam in Colorado, California, and Washington D.C. Currently he resides in Yemen.

Table of Contents (more download links will be added shortly)

This blog is NOT an official blog of Imam Anwar al-Awlaki.

This blog DOES NOT store any files at its server, we merely provide links to other sites that have the files.

By downloading the copyrighted products you AGREE that you will listen to some portion of it and purchase the original CD(s).